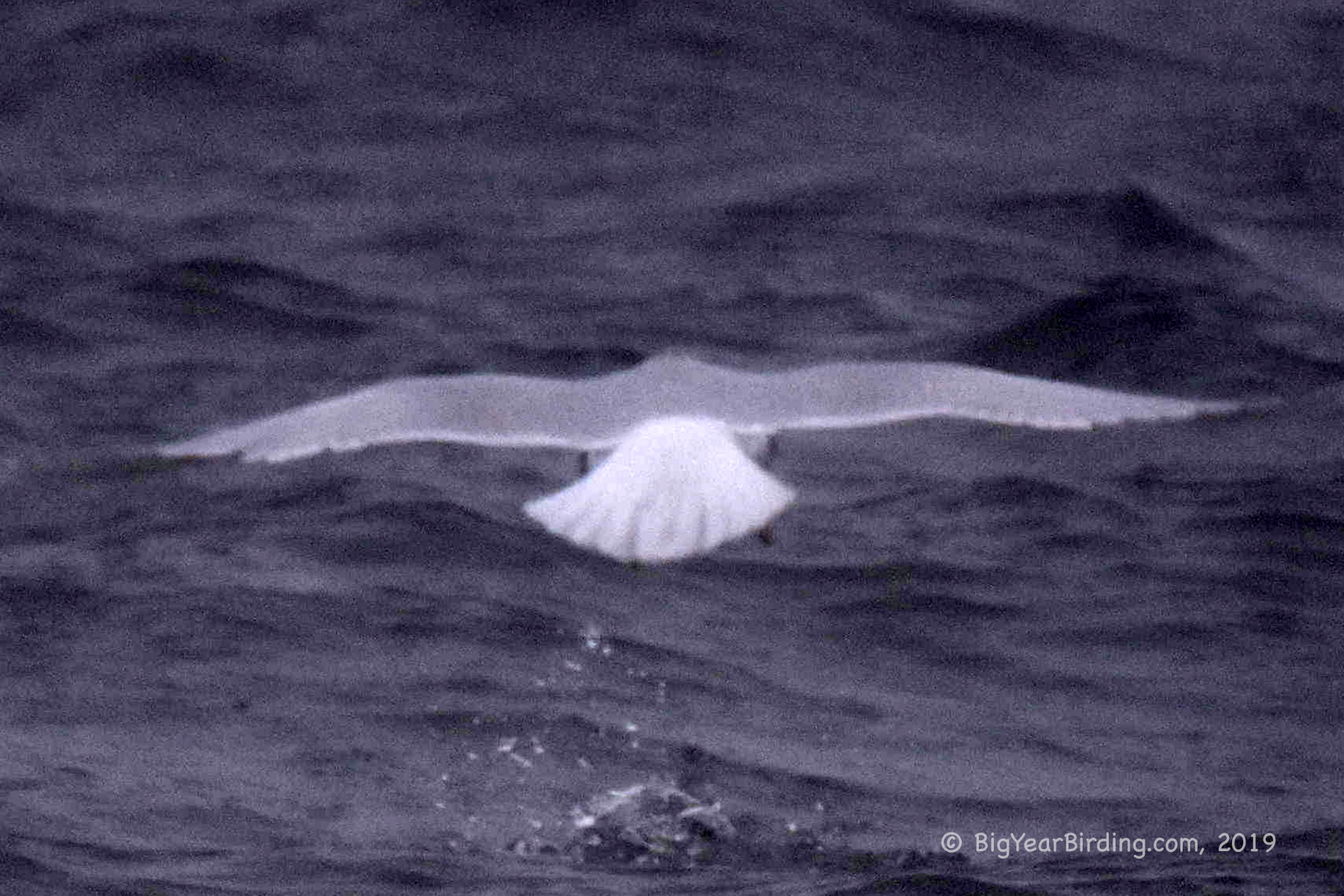 Another rain and wind storm hit the Maine Coast today causing massive flooding and power outages.  Ingrid and I spent the morning working on various projects and by afternoon we both needed to get out . . . the perfect excuse to bird.

We travelled to East Boothbay and did the Ocean Point loop hoping to see a King Eider, Barrows Goldeneye or Dovekie.

Instead we immediately came upon a rare Glaucous Gull in Grimes Cove near the road, swimming with Ring-billed and Herring Gulls. Several began Gulls began harassing the Glaucous which forced it to fly and land 25 yards further out. At that point we were able to photograph and confirm the characteristic white tail, wingtips and primaries.