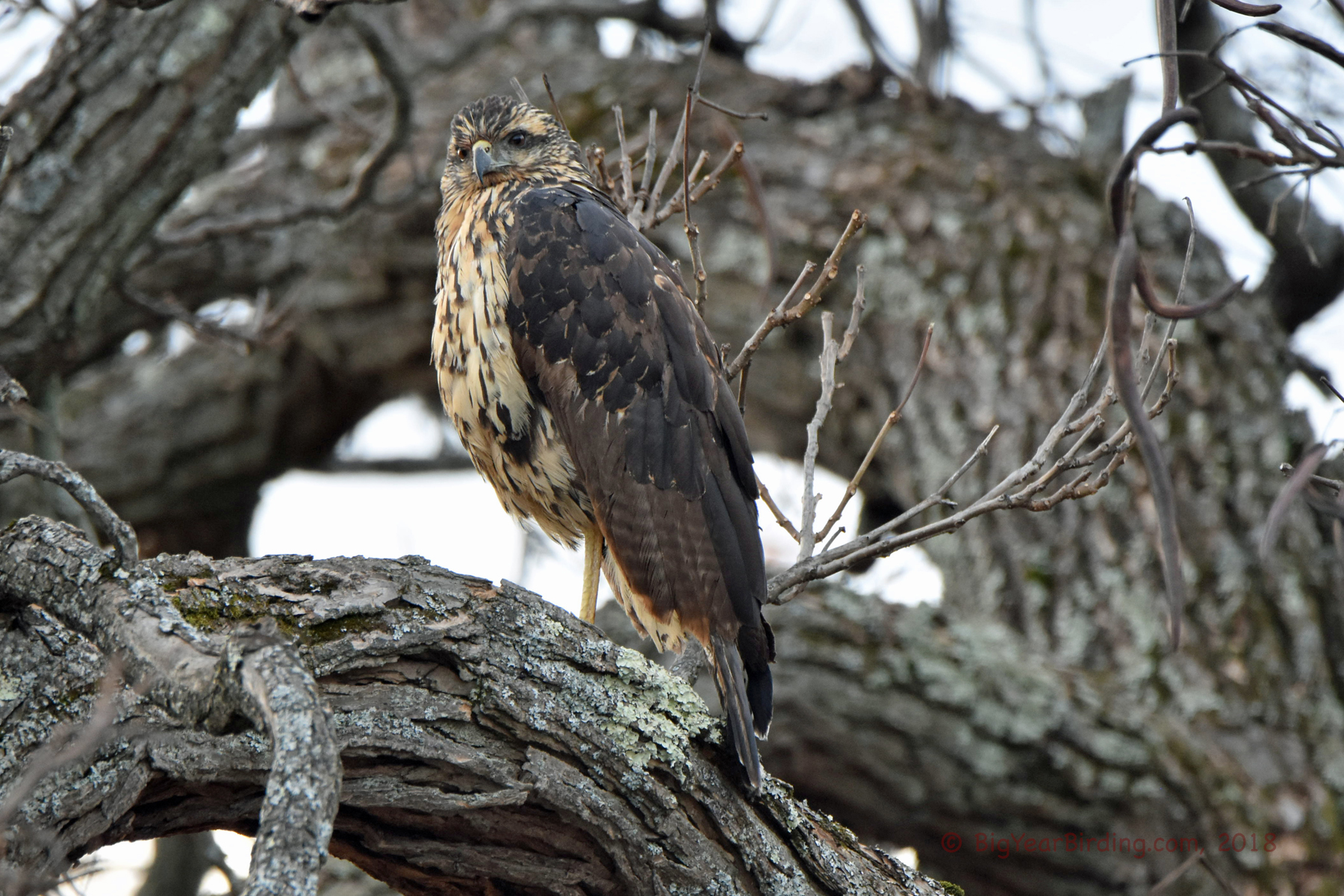 One of our biggest disappointments of 2018 has been missing the Great Black Hawk that appeared in Maine this summer, until today.  A native of Southern and Central America . . . the bird is rarely seen in the United States.  During the first week of August a juvenile Great Black Hawk appeared in Biddeford Pool, a beautiful upscale beach community along the southern coast of Maine.  For several days, birders from throughout the region (and a few flying in from away), descended upon Biddeford Pool to observe the rare visitor.

The night before Ingrid and I went down to find him, he had been observed flying out to sea, and we (and dozens of other birders) spent the morning searching for him . . . in vain . . . such a disappointment.

Then in late October, he was seen again for a few hours on the Eastern Promenade in Portland, but was soon gone.  I figured he was heading for Mexico.

Then this afternoon at 2:45 as I was getting ready for a 3:30 doctor’s appointment, I saw an eBird-alert that the hawk was in Deering Oaks Park . . . the “Central Park” of Portland, Maine (without Tavern on the Green). I had only 10 minutes to look for him if I was going to make my appointment.

Despite the traffic, I made it to Deering Oaks with a few minutes to spare.  I quickly found a parking space and headed for the small group gathered about 50 yards away . . . and there he was.

I got some photos, high-five’d a couple other birders and headed to the doctor.

A Great Black Hawk in Portland, Maine on November 29 . . . incredible.

Saw a few nice birds before work this morning . . . including a handsome Fox Sparrow . . . but they all paled in comparison  to the southern visitor.