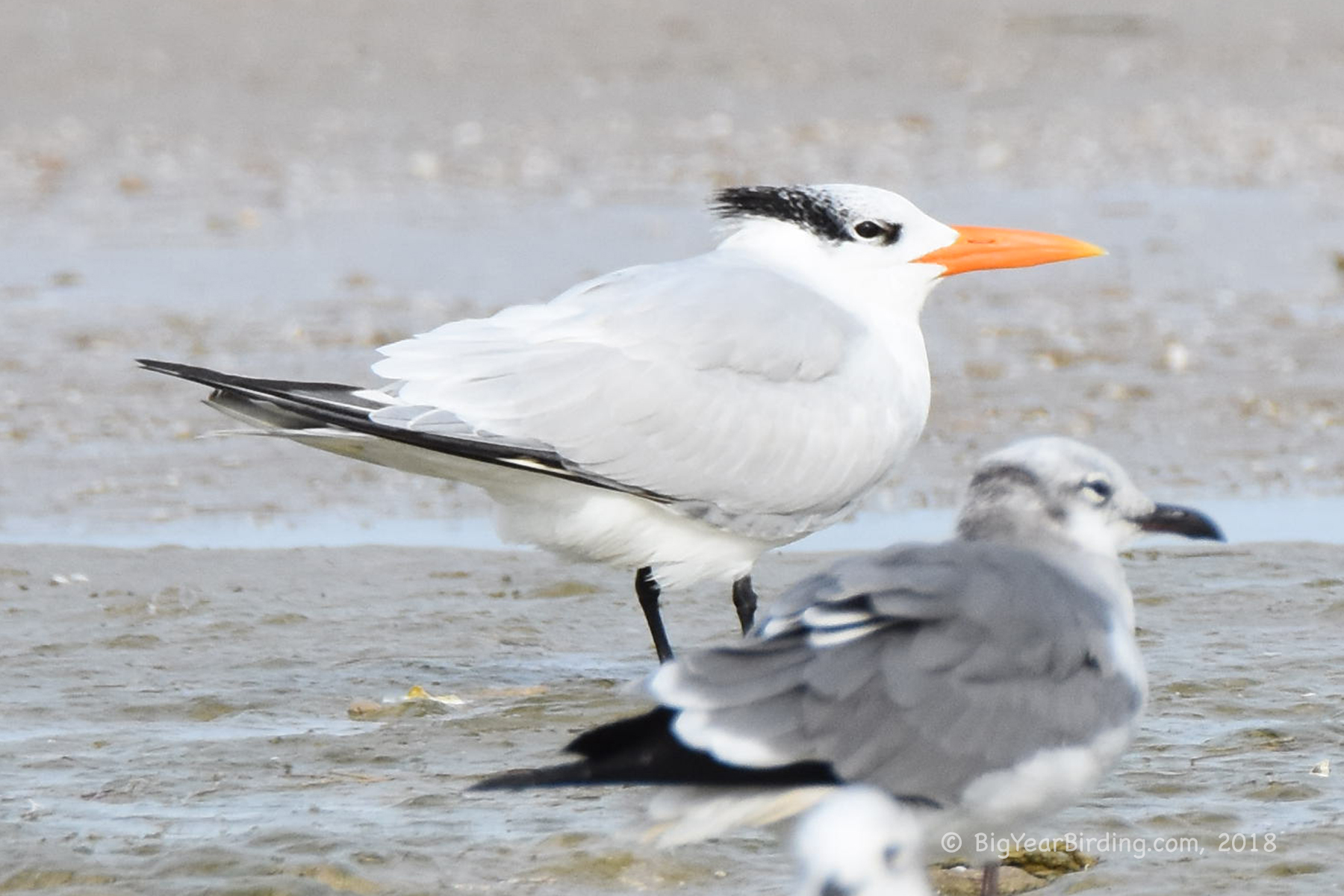 This is a large tern, second only to Caspian tern but is unlikely to be confused with the carrot-billed giant, which has extensive dark under wing patches. The royal tern has an orange-red bill, pale grey upper parts and white under parts. Its legs are black. In winter, the black cap becomes patchy. Juvenile royal terns are similar to non-breeding adults.