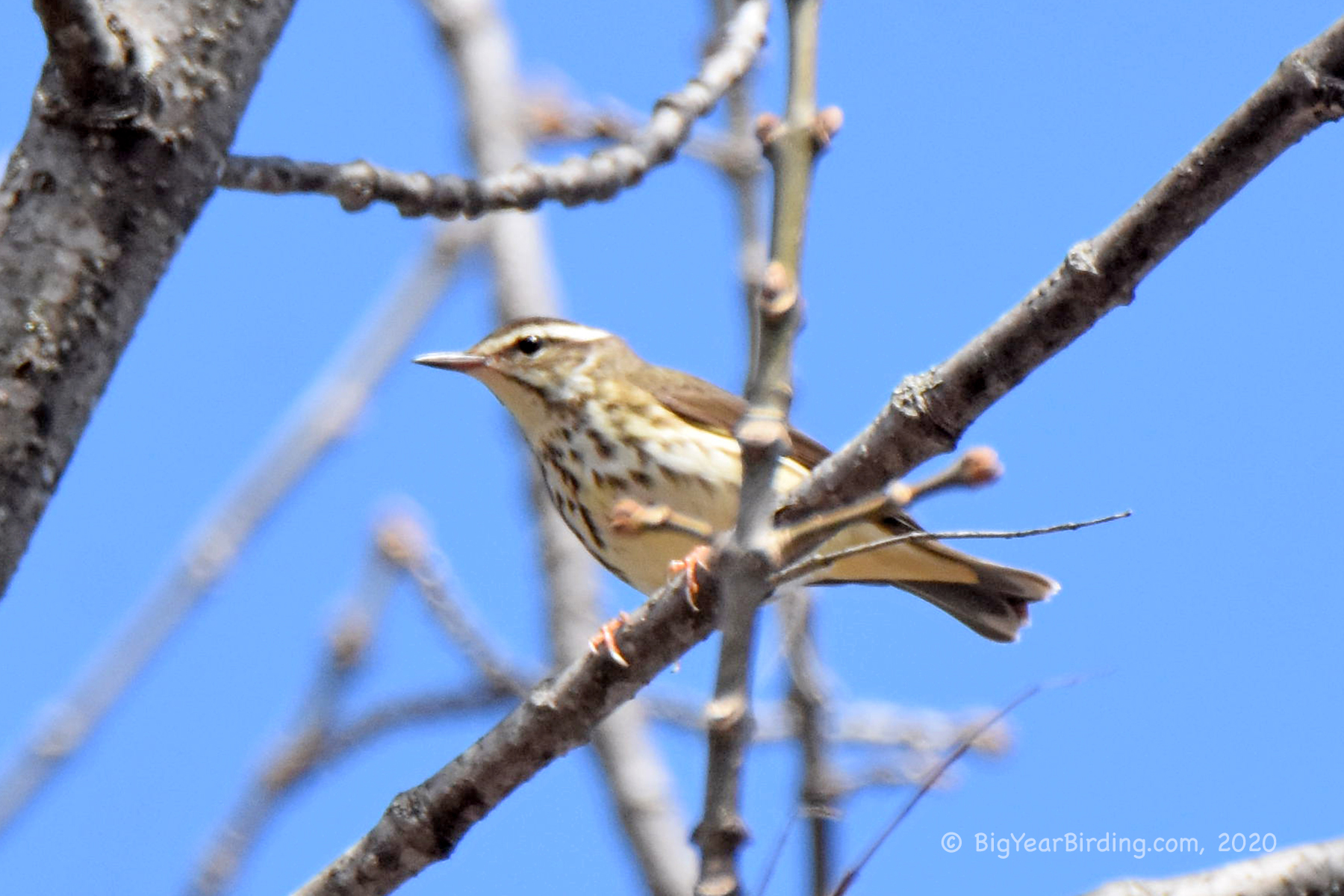 A couple Christmas’s ago Ingrid gave me a book Birdwatching in Maine: A Site Guide by Derek  Lovitch which discusses birding hot spots all over the state in incredible detail.  Directions, time of day to go, where to park, what birds you’ll find when, rarities, bathroom availability, nearby restaurants, etc.  It’s a great companion when I’m out birding.

Last winter I was perusing Birding in Maine, when I came upon a chapter: “the Louie Loop” which discusses where Louisiana Waterthrushes nest in Maine.  I was a little shocked, because I didn’t think they were ever found in Maine except occasionally when one migrated the wrong direction.

This morning, Ingrid and I drove half way across the state to a rapidly running brook off a side road in a heavily wooded area.  Nearby were the remains of an ancient mill that had been built by oxen and human muscle.  For a half hour we wandered through the woods, through mud and pricker bushes.  When we were about to give up I heard three short whistles followed by a jumble of notes . . . a Louisiana Waterthrush.

Over the next 5 minutes we searched for the bird . . . and Ingrid finally got him high up in a tree singing away.

After a bit, another LW appeared and continued to sing.

Our first Louisiana Waterthrush in Maine!!!