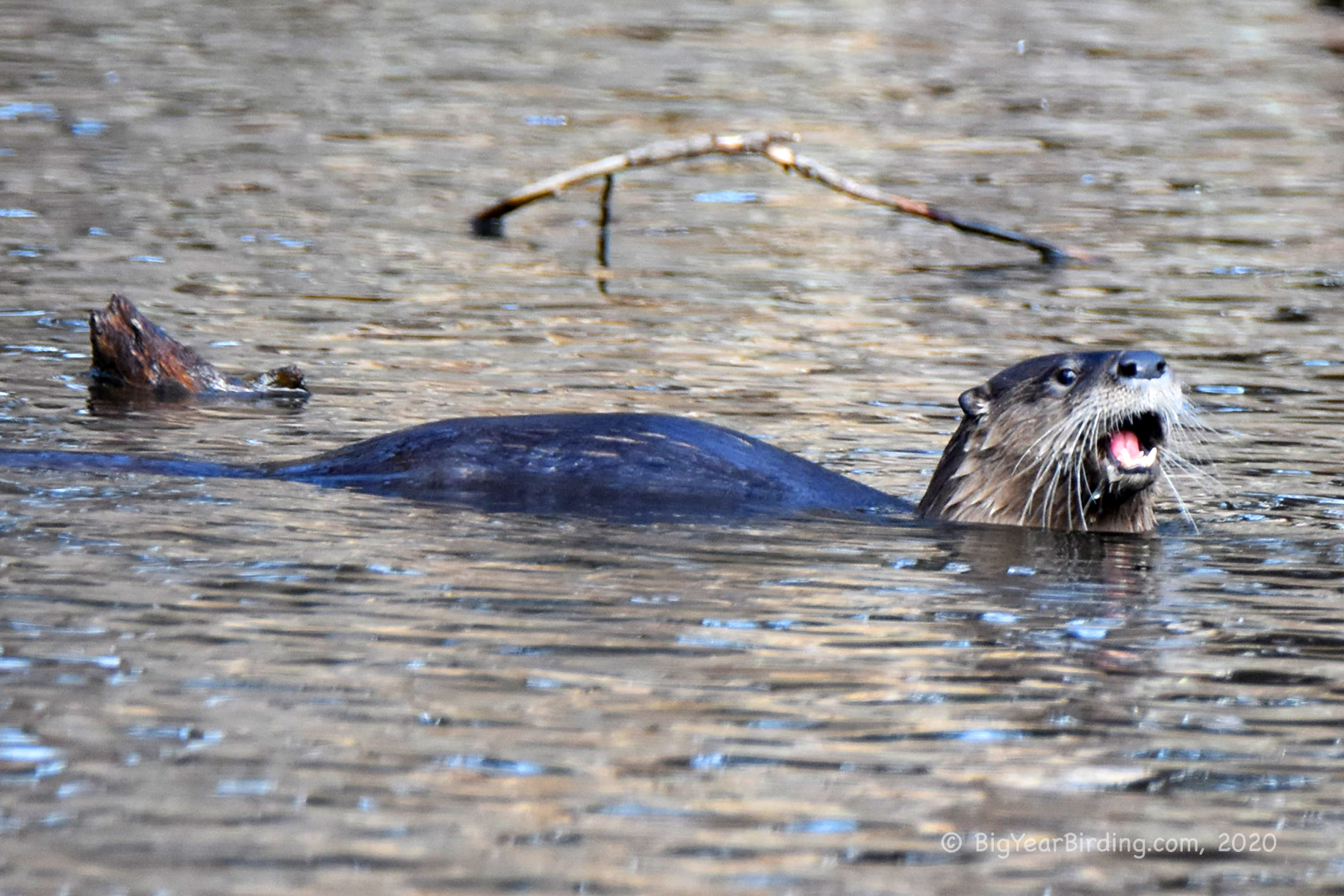 Yesterday was a great day of Birding.   I saw a half dozen first of the year (FOY) birds including a rare Pacific Loon; discovered a terrific new birding location; and distressed from work.

But the highlight of the day didn’t even have feathers.

The day started with 54 Brants at Kettle Cove.  This is the only reliable spot to see Brants in Maine, but usually only 5 or 6 at a time.  This morning there were 54 . . . amazing.

Next stop was Scarborough Marsh which was over run by Canada Geese, they were so many Geese it was had to see any other birds.  That said, a FOY Great Blue Heron flew over and some FOY Common Grackles were taking apart a neighborhood feeder.

Next stop was Cliff House in Cape Neddick, a high end resort positioned high on cliffs jutting into the Atlantic Ocean.  The day before, fellow birders Sam and Damaris Stoddard identified a rare Pacific Loon . . . a bird I had only seen once before in Maine.

Initially I worked the area south and in front of inn with no luck. Then went to the grassy area north of facility and was scoping white-winged scoters when the Pacific Loon came into view . . . Short bill, round head, with distinctive break between white chest and black(bluish) back.

Sadly the 25+ mile an hour winds coming directly into my scope made digi-scoping impossible.

Stop four was the York Duck Pond where there are always a hundred Mallards and occasionally something special . . . in this case a Pintail and a female Wood Duck.

It was at that point the “Non-feathered” surprise popped up out of the water near the Wood Duck, chomping down on a fish  . . . a River Otter.

My final successful day stop of the day (two other stops were absolute failures) was at Fort Foster in Kittery . . . a renown birding spot that I had never visited.  It is a incredible combination of habitats (ocean, marsh, old growth and fields), I imagine its a great location.  Unfortunately the winds were up to 30 mph and the birds were taking cover.  I did have a couple more FOY pop out in front of me . . . so it wasn’t a total loss and I will have to return to Fort Foster in the Spring.