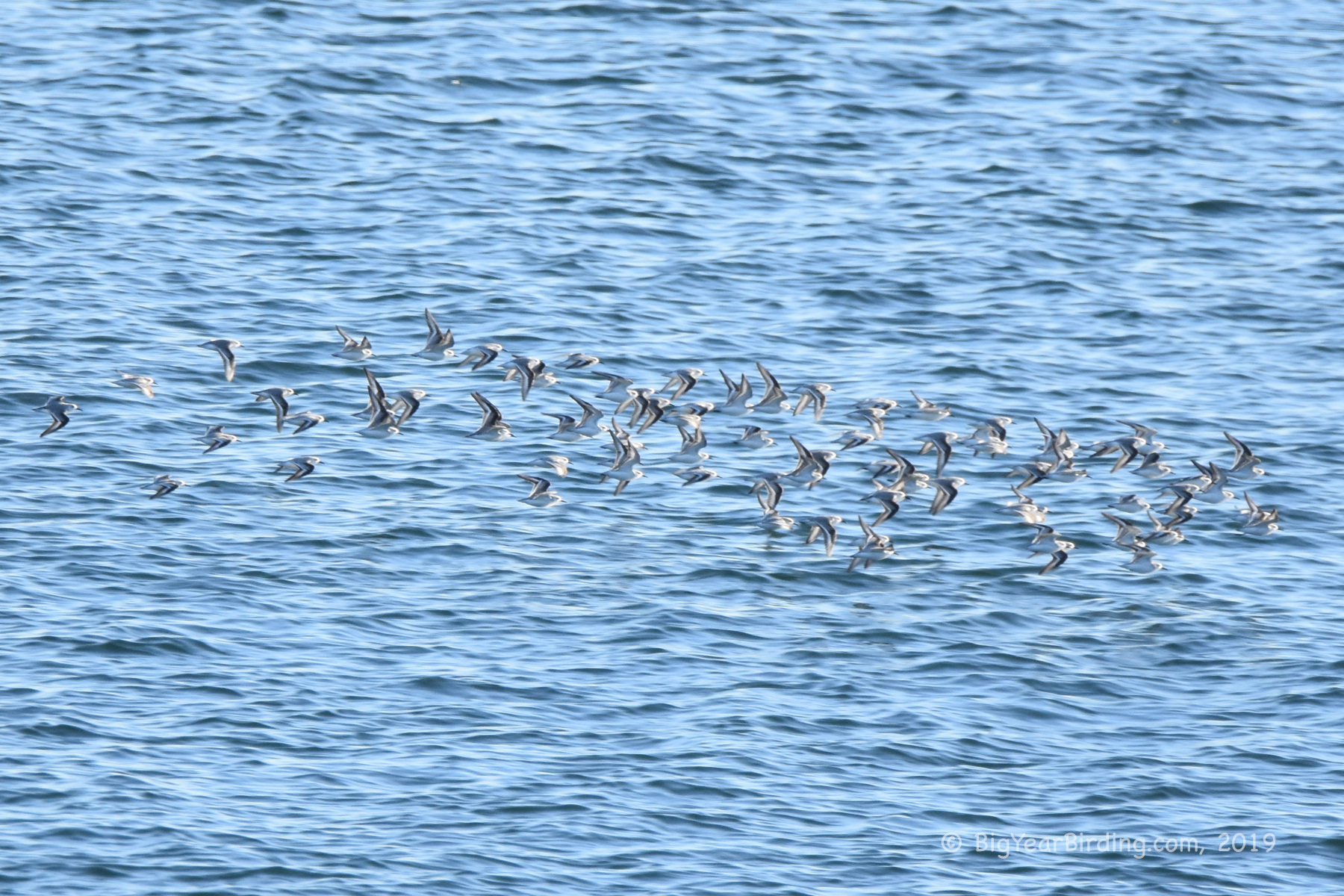 It’s always fun to see warm weather birds during a cold Maine winter.  In the last few weeks I’ve seen a Kildeer and a Yellow-rumped Warbler.  Reports of a Baltimore Oriole and a Yellow-throated Warbler have come in from distant parts of the state.

Yesterday when Ingrid and I were birding a Reid State Park we noticed a cloud of white birds land on one of the outer islands. Over the the next 10 minutes we watched at a distance as the Sanderlings . . . it could only be Sanderlings . . . moved around the island and eventually took off over the ocean.  We counted 81 of them.

We were also treated to a large number of Long-tailed Ducks feeding just off shore.  The closest we’ve ever been to this normally shy species.