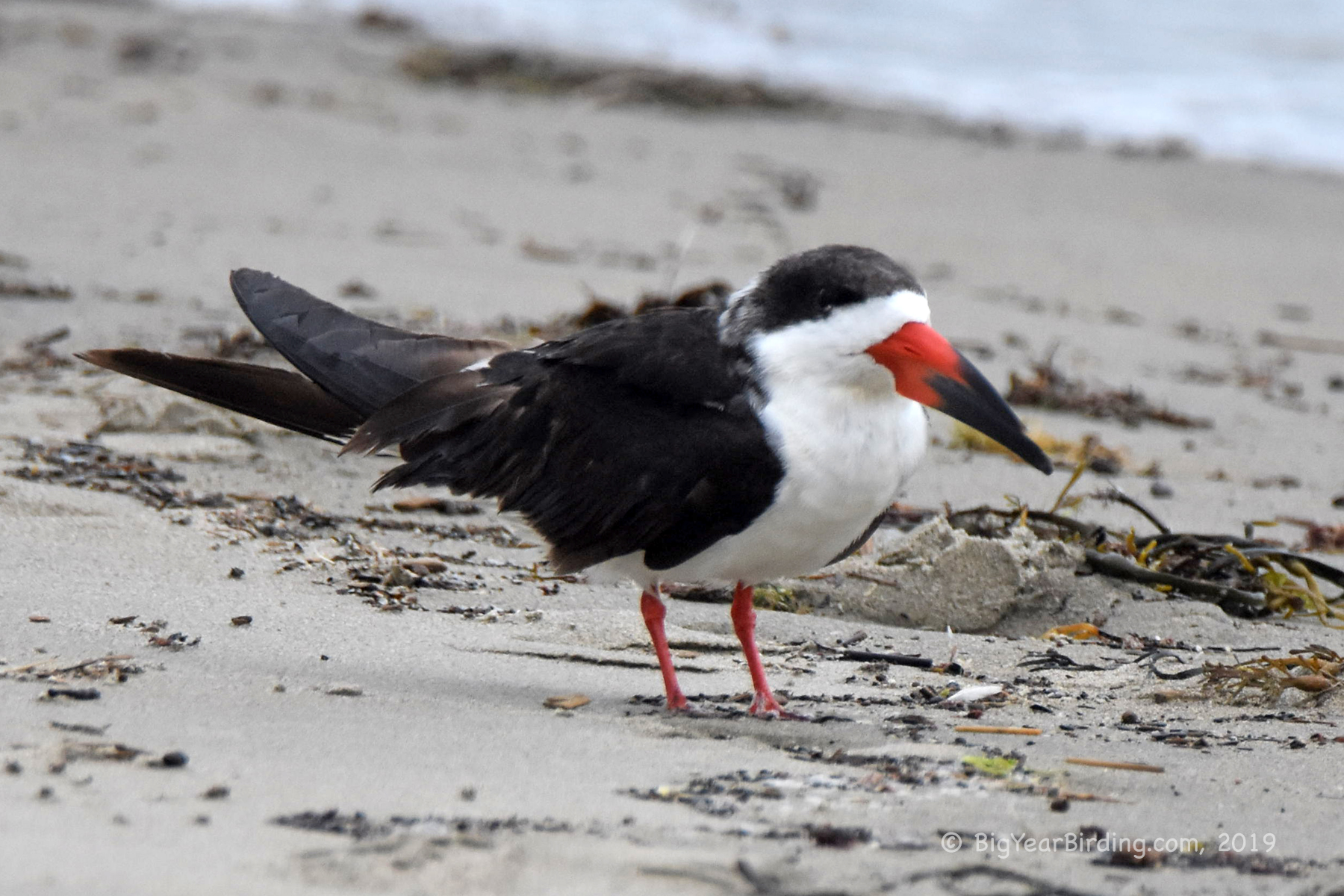 A couple weeks ago, Hurricane Dorian swept up the eastern seaboard after devastating parts of the Bahamas. Its often overlooked the effect that a big storm has on wildlife and this week birders along the coast of Maine have been reminded of this fact.

Black Skimmers are peculiar looking bird that uses their enormous bill to scoop up food as them skim over the water. They are found year round along the warm water coast of the USA and Mexico and during the summer can be found between North Carolina and Massachusetts.

When Hurricane Dorian came through it blew a large number of Black Skimmers as far north as Nova Scotia . . . now two weeks later they are appearing on the Maine coast in large numbers as they work their way back south.

Today one appeared on nearby Popham Beach and was kind enough to pose for me this evening.

This was my second trip to Popham today . . . I was there at dawn getting a lifer (American Golden Plover) and a FOY (Dunlin).

Two juvenile Peregrine Falcons buzzed the beach and the shorebirds for 10 minutes.

Apparently the Skimmer showed up this morning as I was walking back to the car.