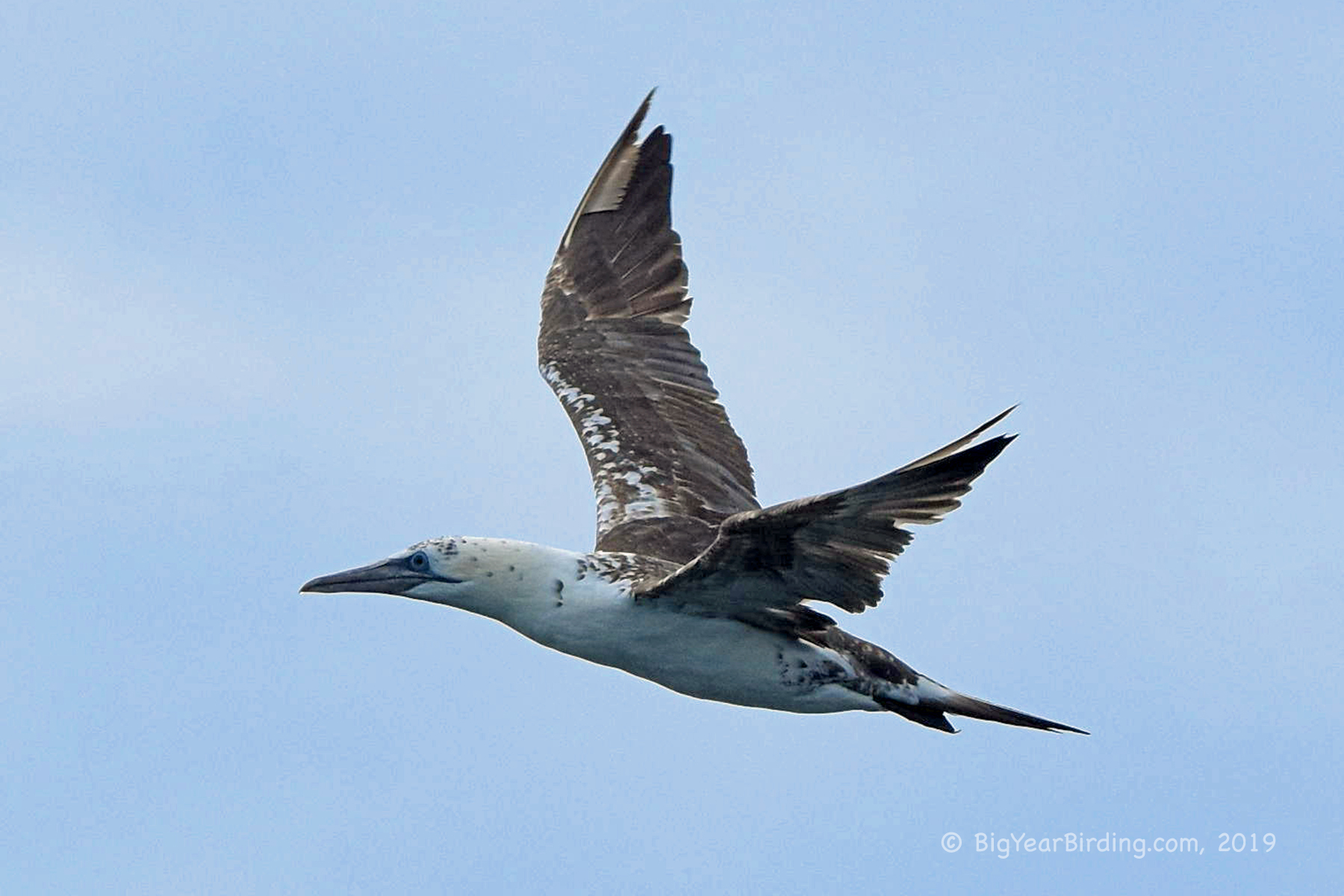 Several months ago, Jeff (our financial advisor) offered to take us out into Casco Bay for a little pelagic birding.   After several “no goes” due to scheduling conflicts we finally found a Friday that works for both of us.

When it comes to the birds of Maine, offshore is my real weakness.  The birds of the Maine marshes, woods and meadows . . . I know pretty well.  My ducks, gulls and shorebirds are getting better . . . but pelagic birds . . . not so much.  To be fair, Ingrid and I only get out into deep water once a year and that is hardly enough to get good at anything.

Anyway, I met Jeff at his home and drove to his mooring at a local lobster wharf and we climbed aboard his 32 ft (???) cabin cruiser and his 300 hp outboard pushed us out to sea.

Our first bird of the day was floating flock of Black Guillemots. 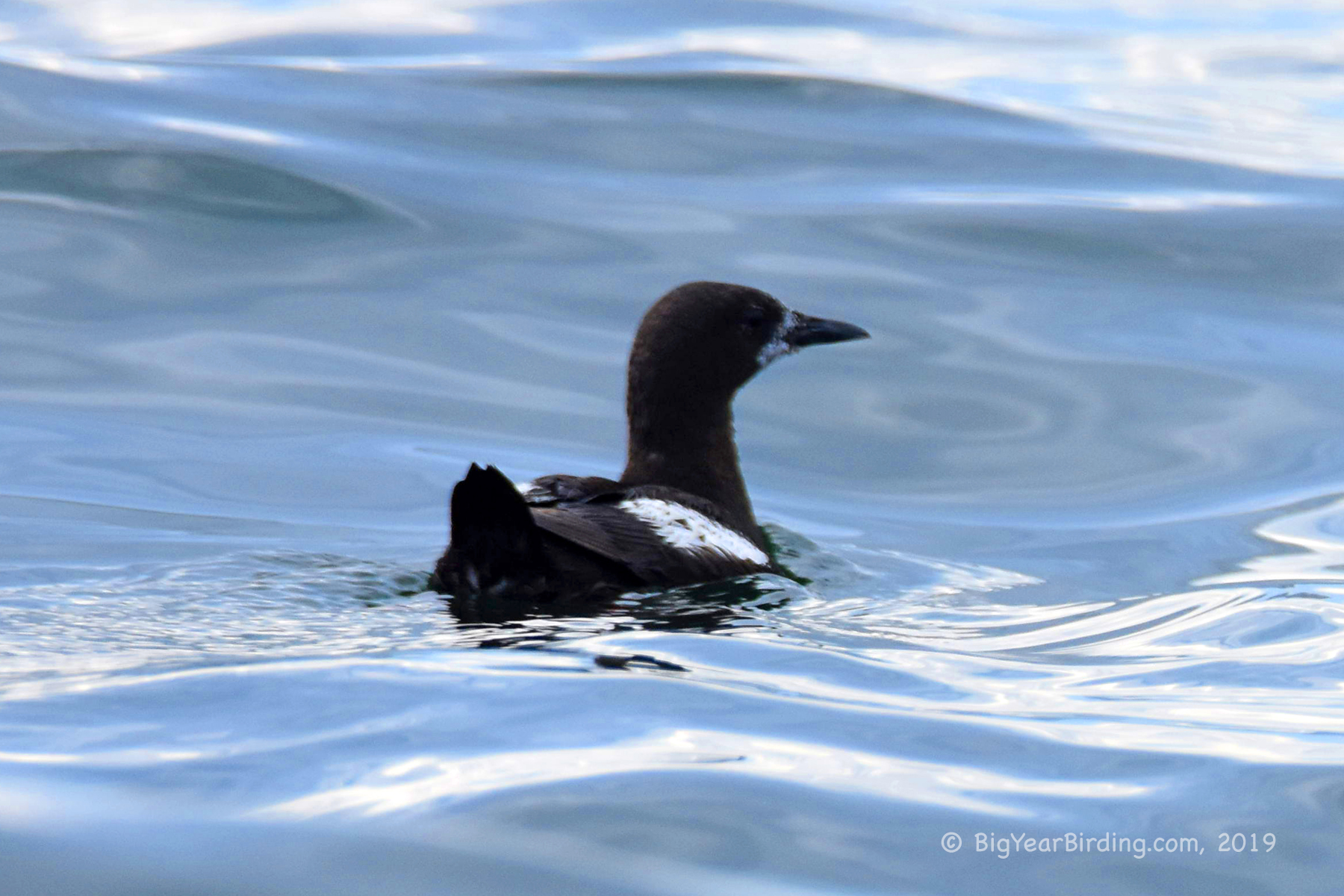 After 30 minutes we arrived at Halfway Rock and the serious birding began.

A dozen Northern Gannets were feeding, hitting the water with high speed dives and coming out with fish.   We also saw our first Great Shearwater of the day. 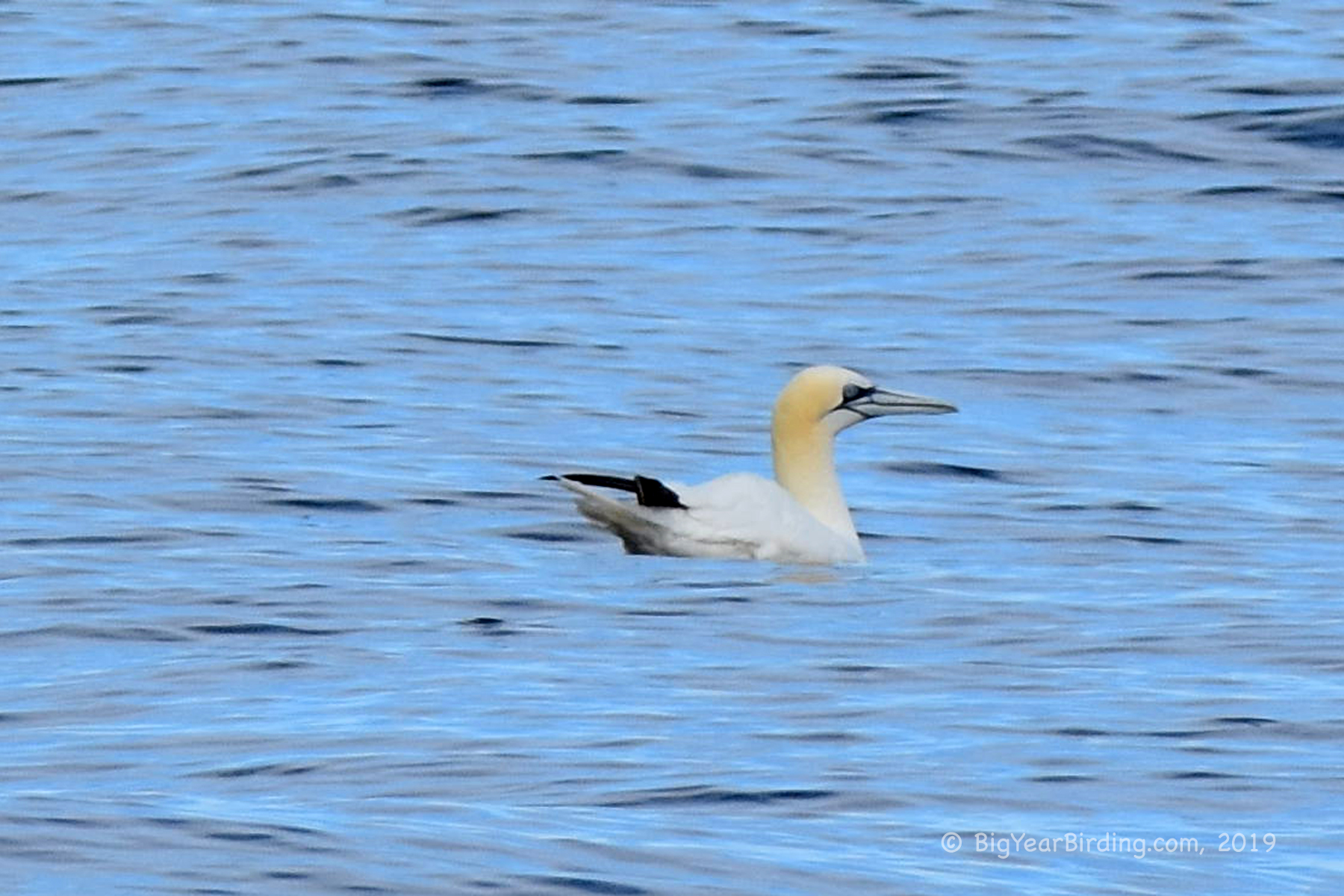 A bit of motoring produced a couple Manx Shearwaters.  At the time I thought this was the first of sighting of Manx in Maine waters of the year . . . but checking eBird when I got home showed that they had been sighted all up and down the Maine coast that day.

One thing I do know about pelagic birding is to look for floating weed masses and areas where the ocean suddenly gets shallower.

This produced Wilson’s and Leach’s Storm-Petrels (very difficult to photograph on a rocking boat). 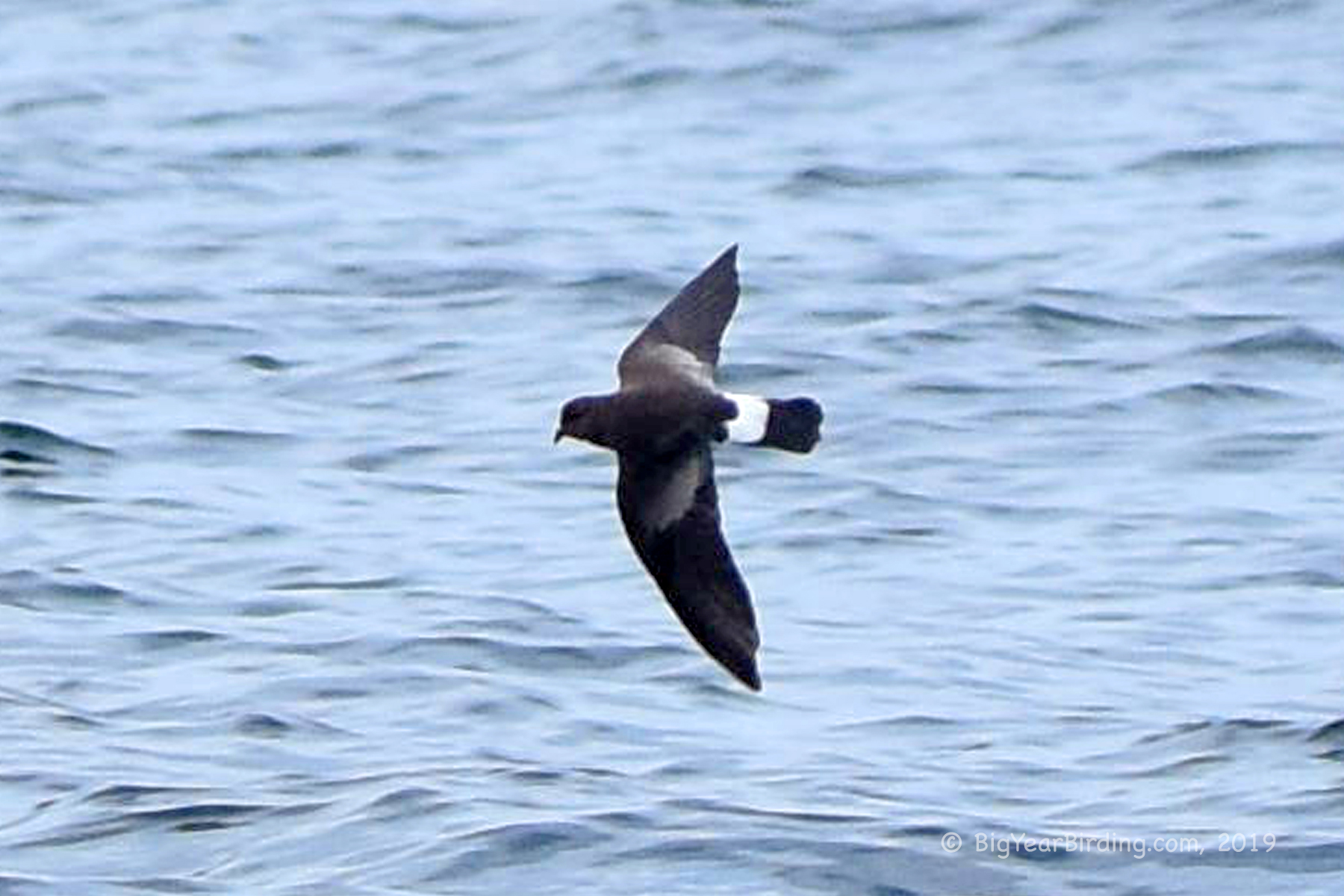 And about 12 miles off shore we hit a weed mass with Semipalmated Sandpipers feeding. 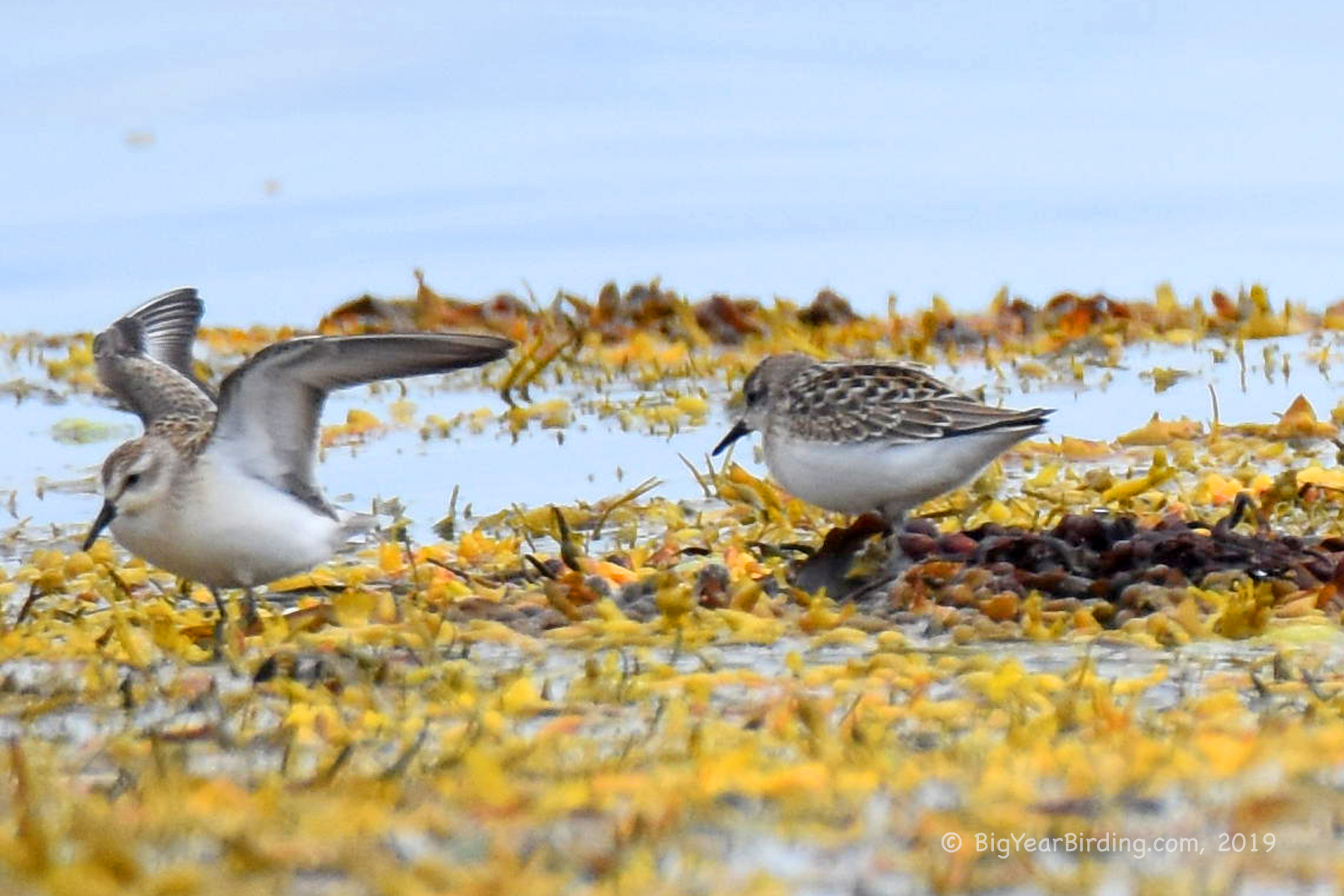 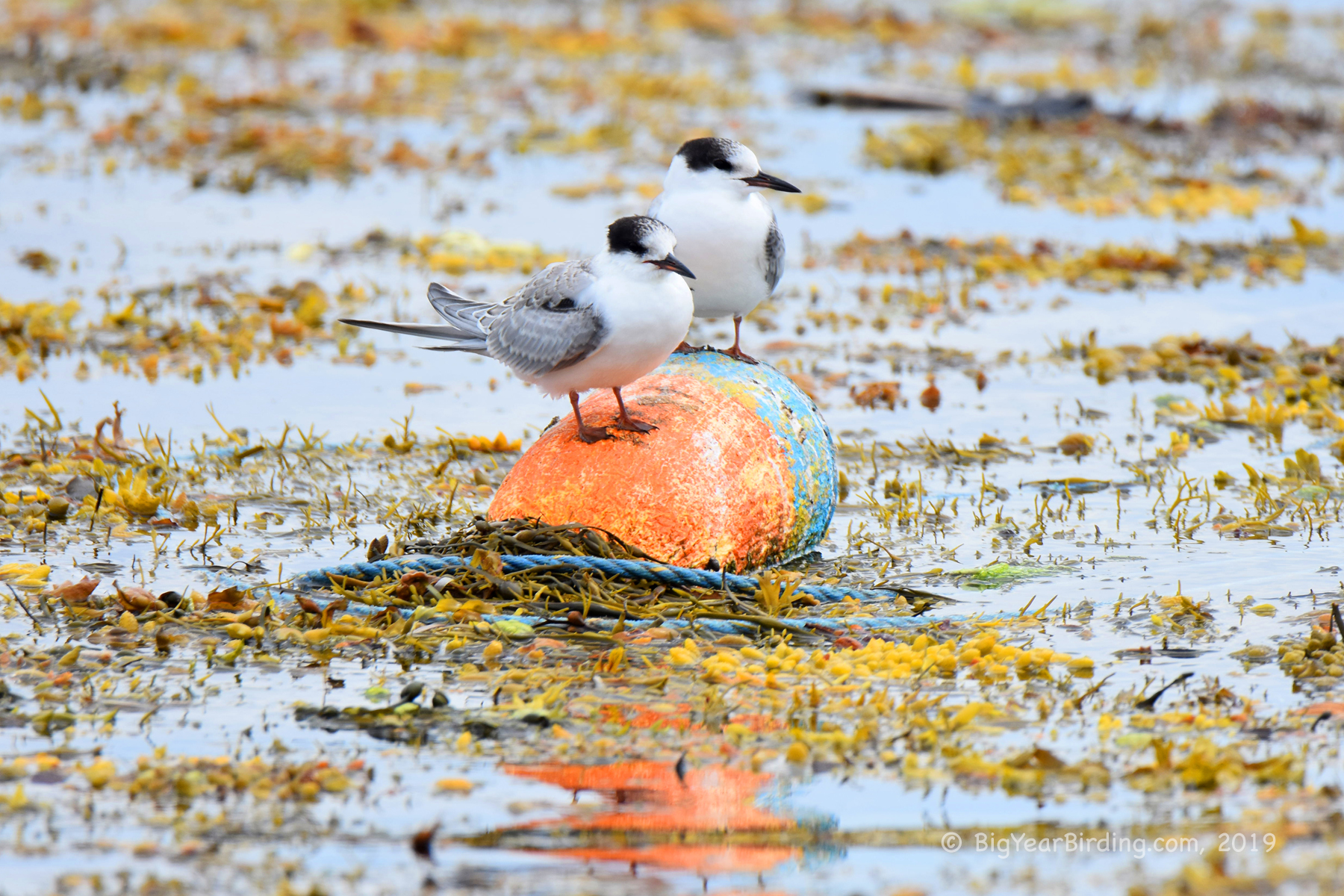 And a lone juvenile Laughing Gull. 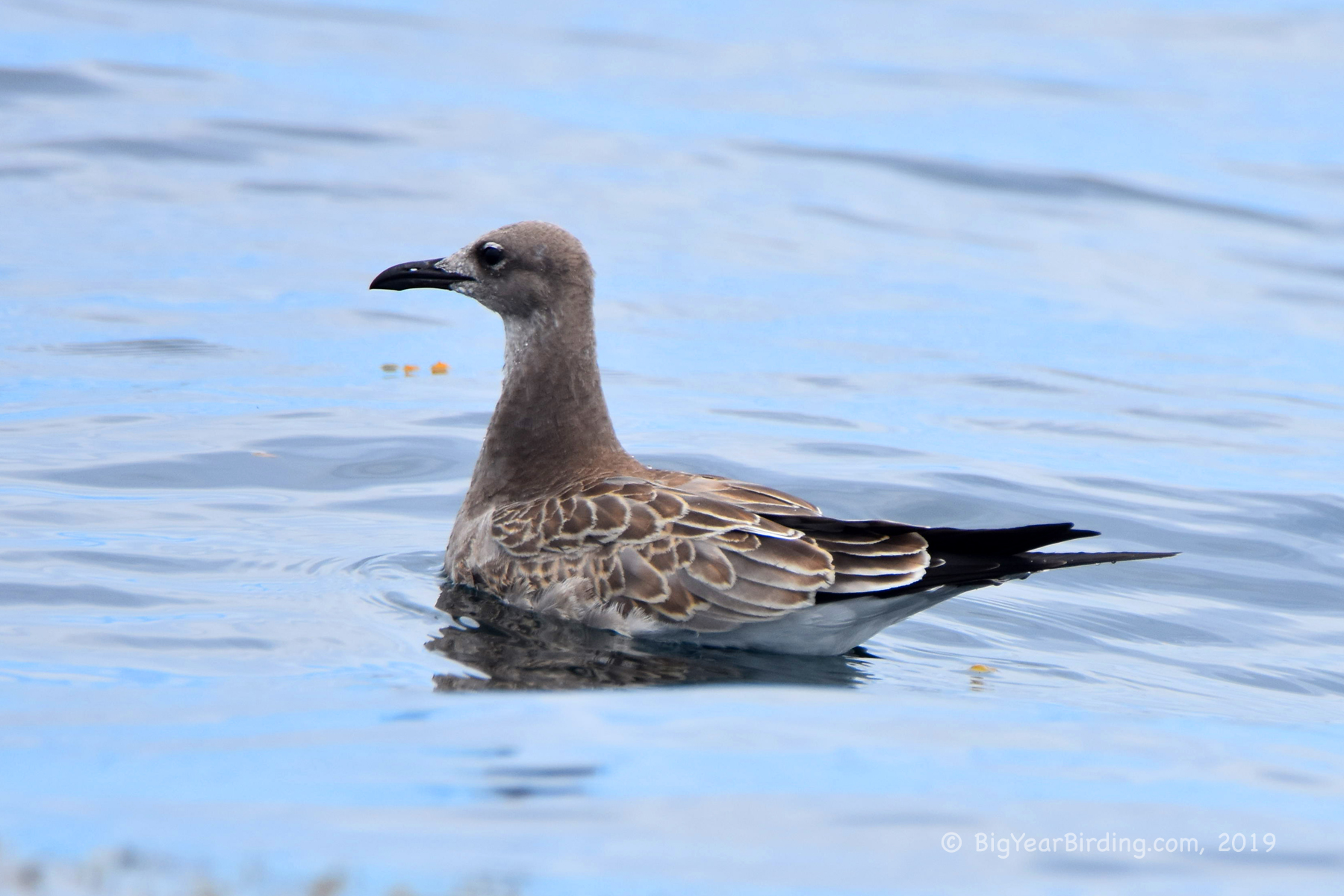 On the way in we checked out huge Double-crested Cormorant colony (smelly).

A great day . . . four first of the year birds (not counting the Common Night-hawk that flew by the car on the way to Jeff’s).