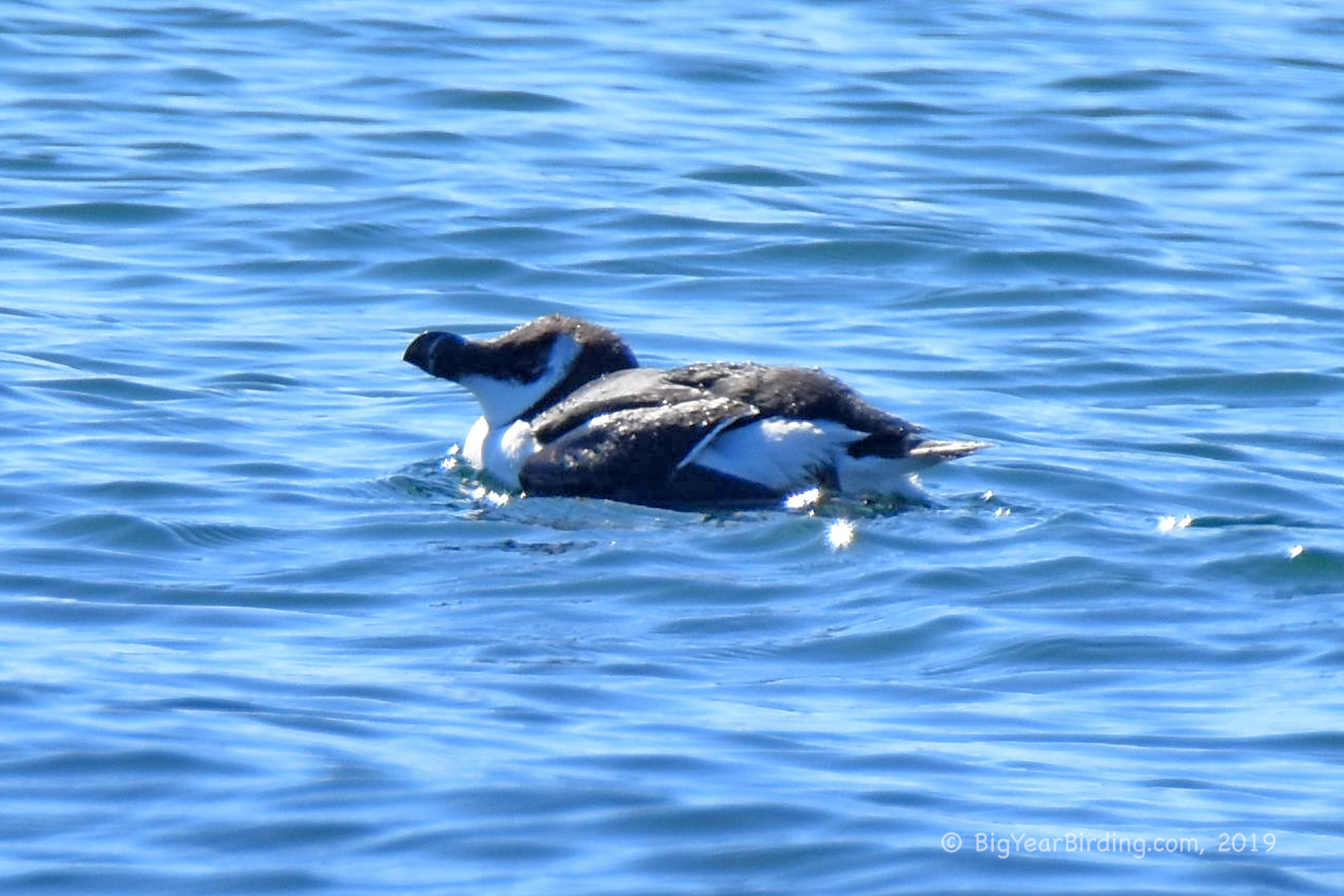 This morning Ingrid and I headed to nearby Reid State Park to see if we could add to our year list.   We weren’t terribly optimistic as we’d already seen most of the winter sea birds that one can see from shore in Maine.  But it was a beautifully sunny and above freezing for the first time in weeks.

Not long after arriving Ingrid spotted a Horned Grebe.  Then we saw another . . . then another  . . . then three more.  We located about a half mile north and then saw more.  Now the Horned Grebe is not a particularly unusual bird during the Maine winter . . . we generally two or three a year . . . but never dozens at once. 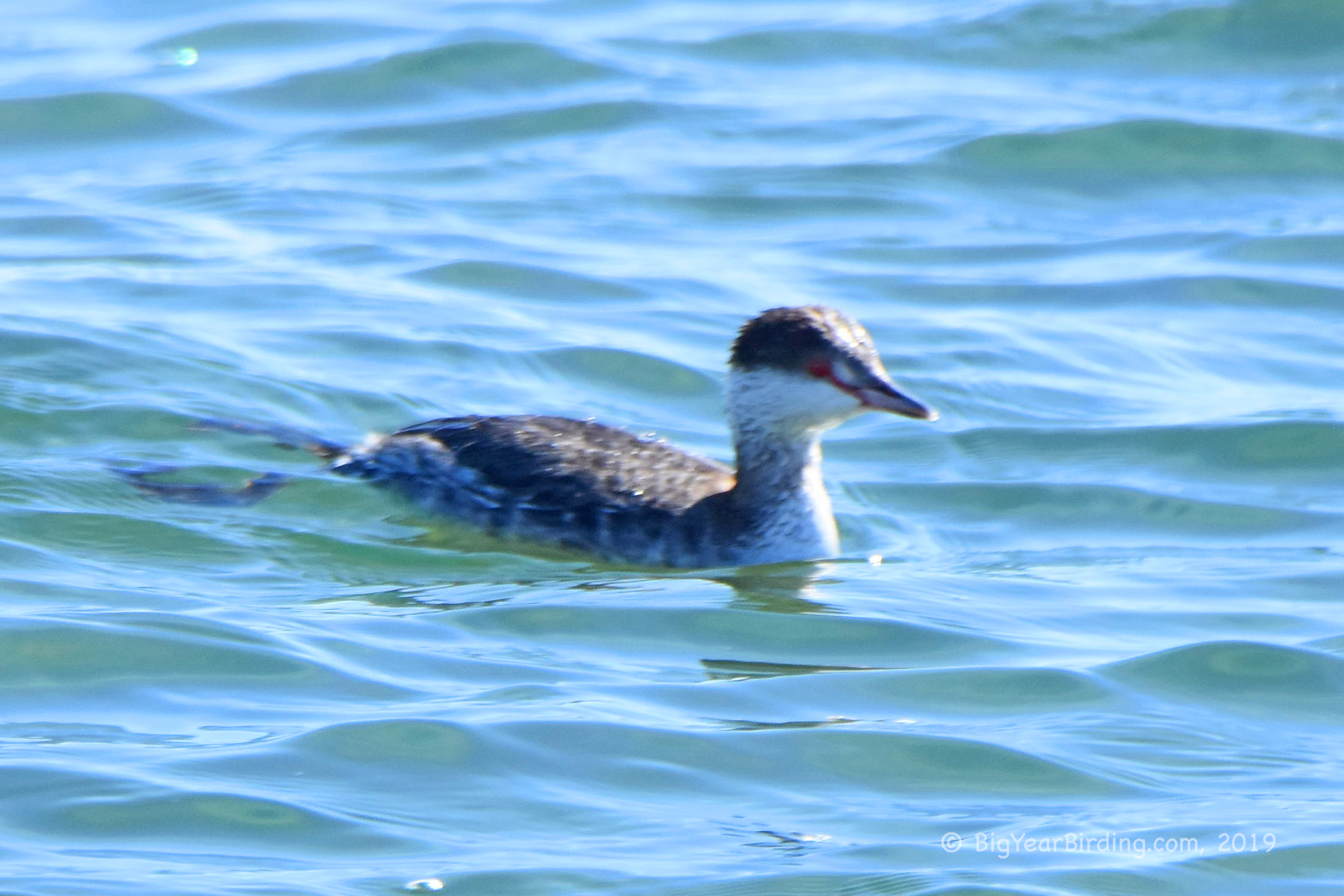 Suddenly Ingrid spotted a ridiculous looking black and white bird with an enormous bill swimming next to a female Common Merganser . . . a Razorbill.  Razorbills winter far out to see so we were really excited to see one. 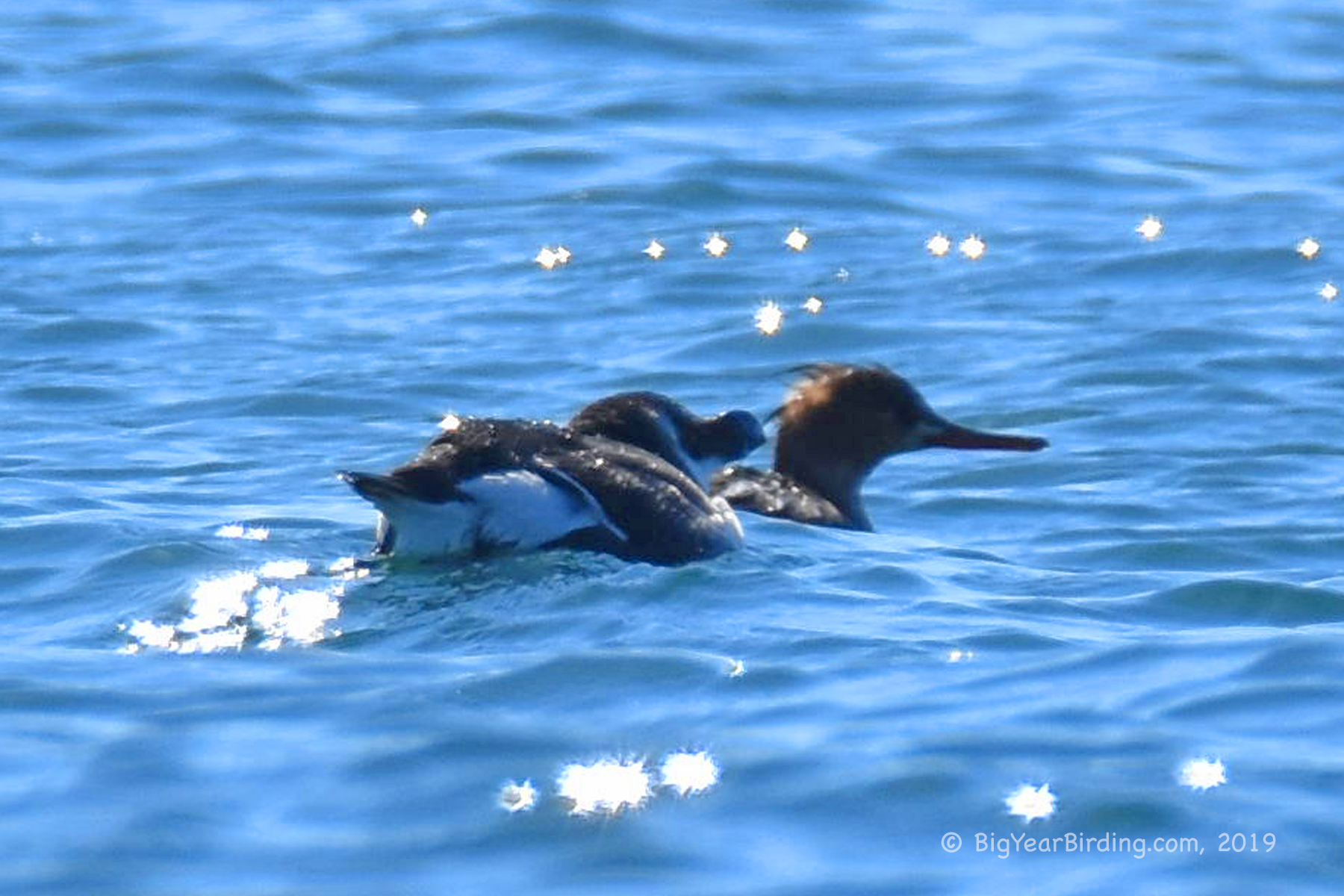 Other catches . . . a couple Red-necked Grebes (second sighting this week) and a Brown Creeper.