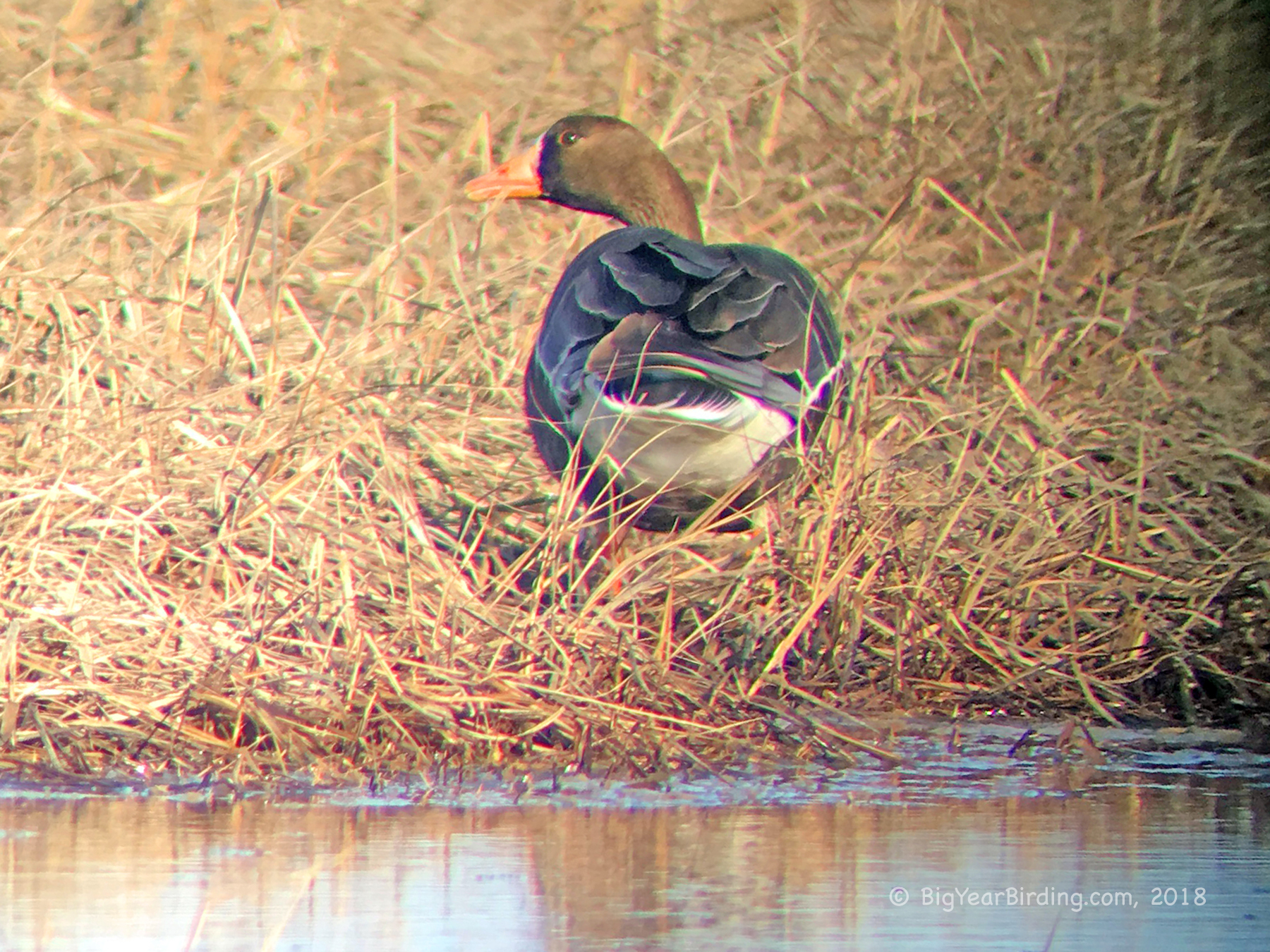 Ingrid is a teacher, so nine months of the year . . . the idea of dropping everything to chase a rare bird is only a dream.  I’m fortunate to work at home and rather independently . . .  so I’ve been known to sneak out with binoculars and camera when there are birds to be found.

Today the tables were turned . . . and Ingrid got the bird while I was at my desk with my bad knee healing.  I’m quite jealous!!!!

Early this morning, I saw an eBird Rare Bird Alert come through . . . a Greater White-fronted Goose was being seen in Cape Elizabeth, Maine, just a couple miles from Ingrid’s school.

I texted Ingrid and suggested she might see if it was still around when school got out.

Greater White-fronted Geese, breed in northern Russia and Canada and on the west coast Greenland. These birds are long distant migrators with the Russian birds wintering in Iran, China and Korea.  The Canada Geese travel to California, Texas and Mexico.  While the Greenland breeders cross the North Atlantic, wintering in Ireland.

Occasionally a Greenland/Ireland bird will fly the wrong direction and end up in New England and perhaps the Cape Elizabeth Greater White-fronted Goose had wintered in the United Kingdom.

About 5:00 this afternoon I got an e-mail from Ingrid . . . with a BigYearBirding listing file and a two-word message: “Got Him”.

After school, Ingrid scurried over to the marshy area where the Goose had been seen, joining the usual array of birding enthusiasts and their scopes.  Sadly, no bird.

After chatting with the other birders for a bit, Ingrid climbed into her Subaru Outback and headed to another goose friendly location.  As she drove three geese flew over her car . . . one brown with an orange bill.

Flipping around, she joined the excited birders and watched the Greater White-fronted Goose for 15 minutes and took these digiscoped photos with her iPhone and a borrowed scope.