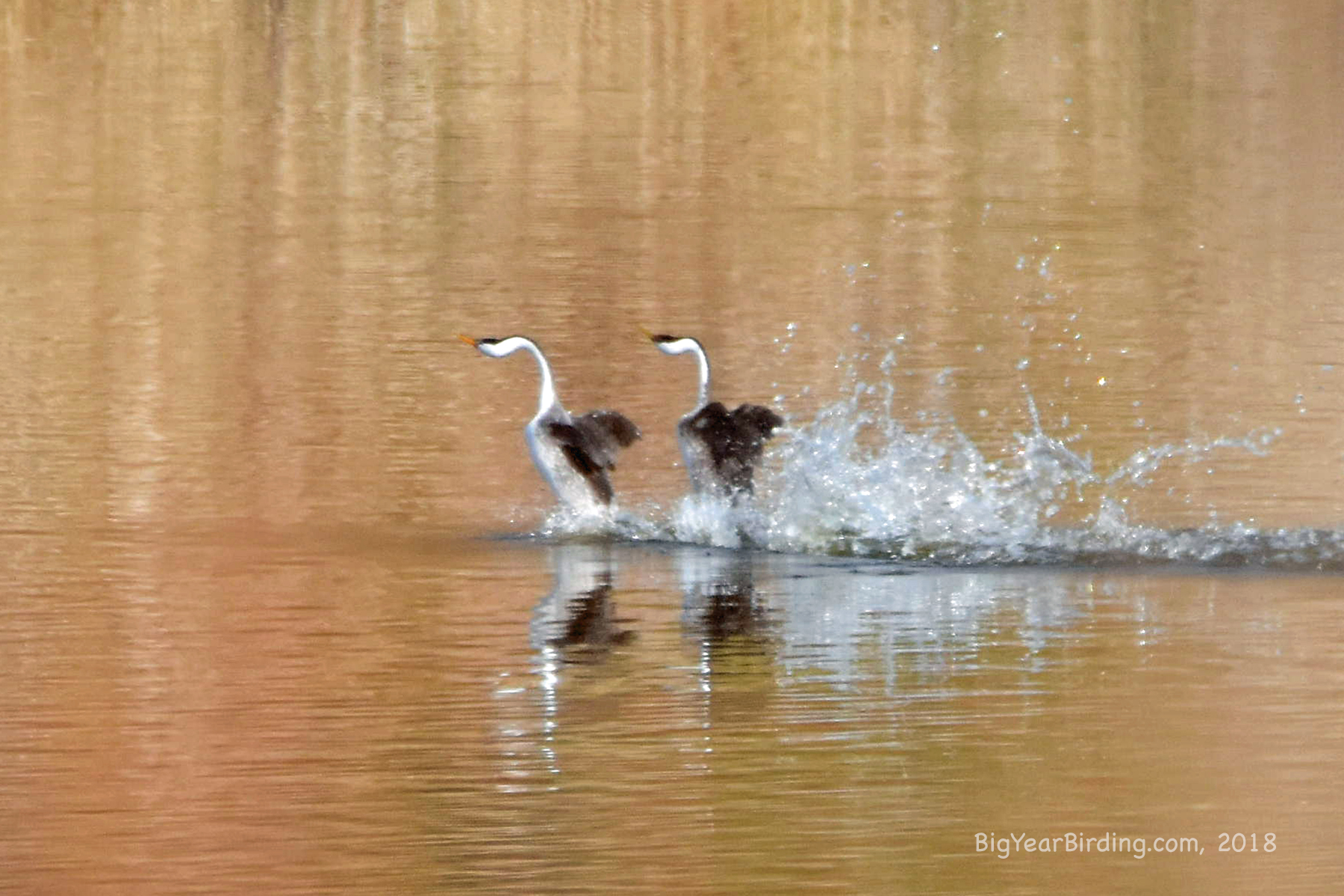 It was a chilly 39 degrees when we arrived at Lake Hodges for the “Dances with Grebes” guided walk. The grebes are Clark’s and Western’s. The western grebes do a courting ritual called ‘rushing’ that appears as dancing.

We traveled down a winding trail, flat in placed and hilly in others through arid land with low-growing trees, shrubs, and cacti. We were treated to a lovely array of songbirds enjoying their foraging in the bushes and reeds surrounding the lake and the upland habitat. The western grebes put on dozens of rushing performances for us. Clark’s were fewer, but present. These were joined by a variety of ducks and other water fowl. After four hours the temperature had warmed to 55 degrees and we had logged 21 FOY’s and 9 lifers – a great morning of birding in an oasis just outside of San Diego’s city center.
Tweet
Pin
Share