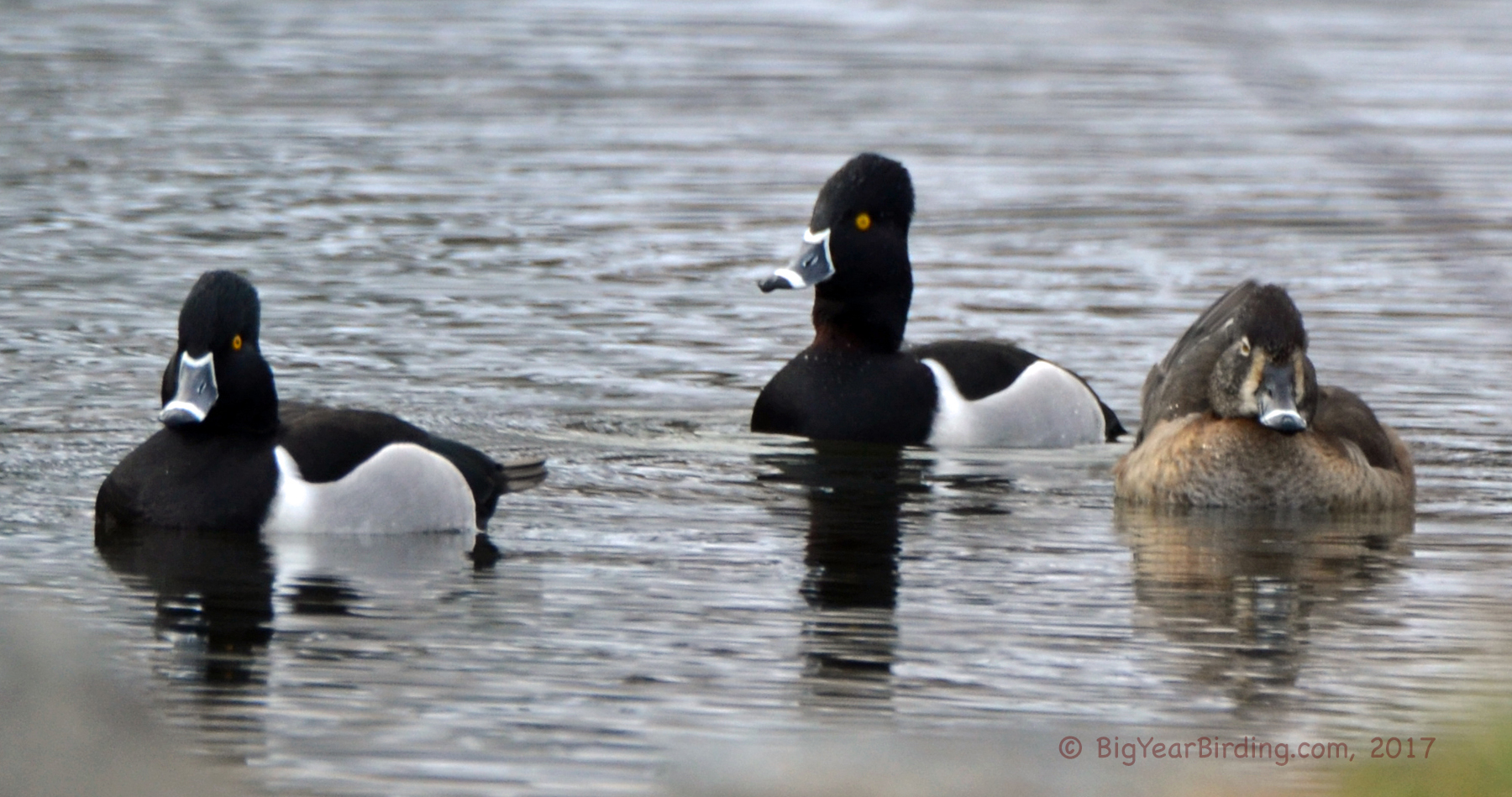 It’s been a mild winter here in Maine and perhaps that’s why we keep seeing out of season birds. So far this month, we’ve seen an Orange-crowned Warbler (rare in Maine); a Northern Flicker (a summer bird); a Snow Goose (rare anytime); a Red-bellied Woodpecker (the bird books say it’s rare . . . but I believe my lying eyes); and a Pink-footed Goose (Sibley’s doesn’t have a listing in its Northern American guide). Today we saw a raft of Ring-necked Ducks . . . a diving duck that we see migrating through in the Spring and Autumn . . . but never in January.

Ingrid and I were on a 6 mile run in Damariscotta, Maine. About half way through the run my bad knee started giving me fits, so Ingrid headed back to the car while I pretended I was in pain (I actually wanted to bird). Before I wimped out, our run had already produced FOY sightings of a Pileated Woodpecker, a flock of House Finches, and Cedar Waxwings . . . so I was feeling lucky. While Ingrid was pushing herself to rescue her crippled husband, I was limping up the hill behind the Damariscotta Mills fish ladder. There I saw a couple Hoodies . . . and a half dozen Ring-necked Ducks.

The other find of the day was a Belted Kingfisher.  Until this week I thought they migrated south in the fall and returned in the spring.  Then on Wednesday I saw one fly by while I was scoping a Loon.  Then I saw one from the car on Thursday and another from the living room on Friday.  Out came the bird books and sure enough, a small number stay in northern states (even Alaska) while the waters remain open.

We saw this Kingfisher perched on a branch hanging over Otter Creek.

With the January temperatures approaching 40 degrees . . . the birds were singing and moving . . . and so were we (at least Ingrid was).  We saw alot of birds.